Now Paddles Night Club, Haggar’s was once the focal point of Pembroke’s social life comprising a cinema, ballroom and restaurant.  William Haggar was a pioneer of moving pictures in the early 20th century and would visit Pembroke Fair with his bioscope or travelling cinema.  By 1914 the Haggar family had made around 60 films, some of which were filmed locally, and enjoyed international success. A few films survive and can be viewed in Pembroke Museum which also has an archive of the family photographs.  Later cinemas were established, including this one at Pembroke, which was run by the Haggar family until it closed in 1982.

Look across the road

The NATIONAL WESTMINSTER BANK was a former 18th century coaching house named the ‘Green Dragon’ and still retains its coaching arch.  Next door McCLAREN’S is a Georgian House with an authentic Georgian bay window.

At the Pelican crossing, cross the road and proceed to 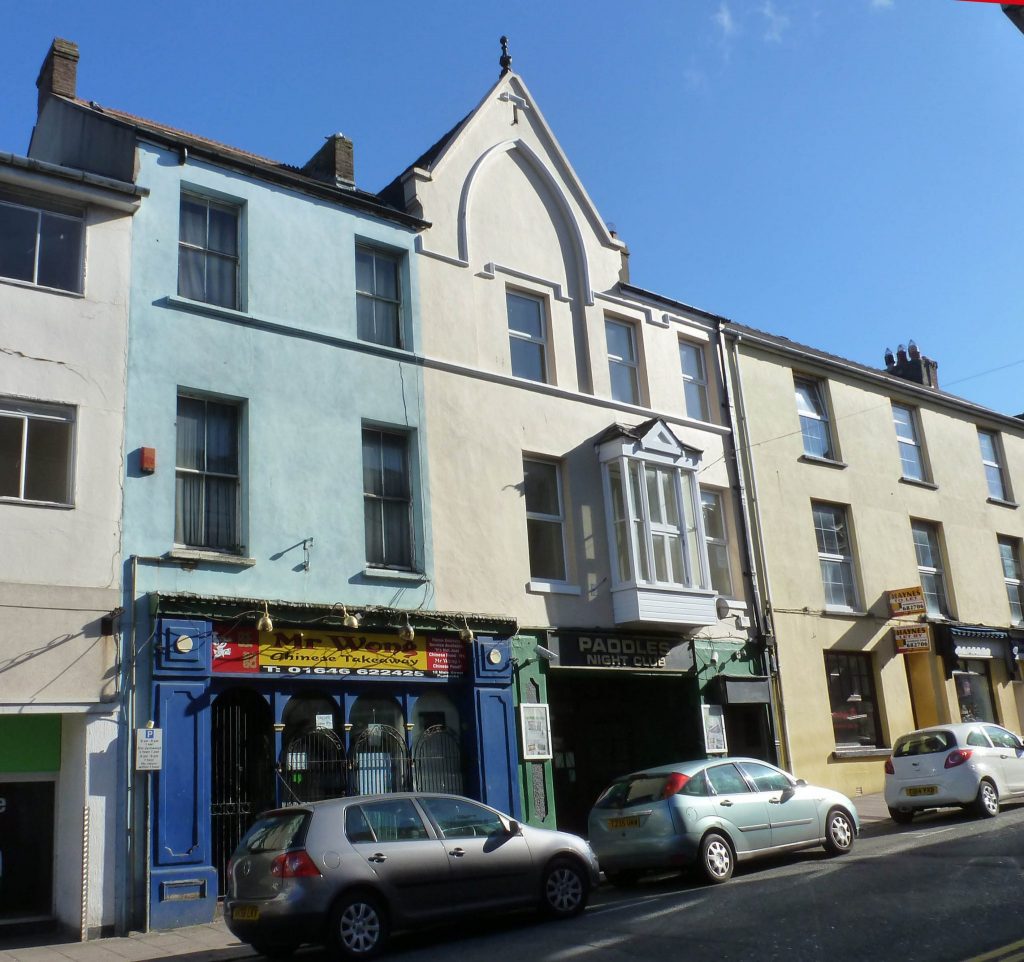 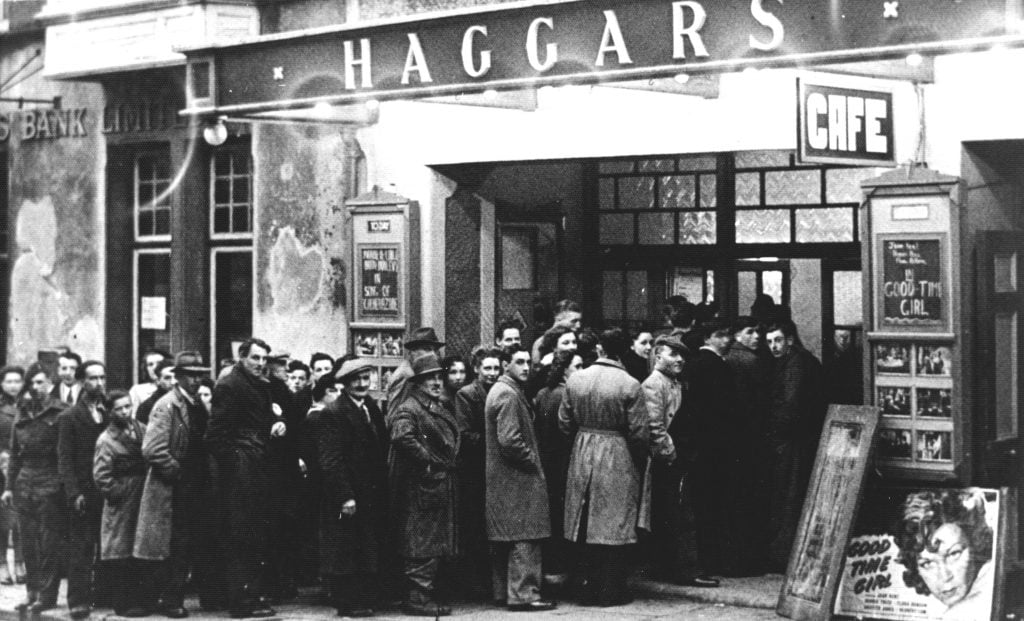 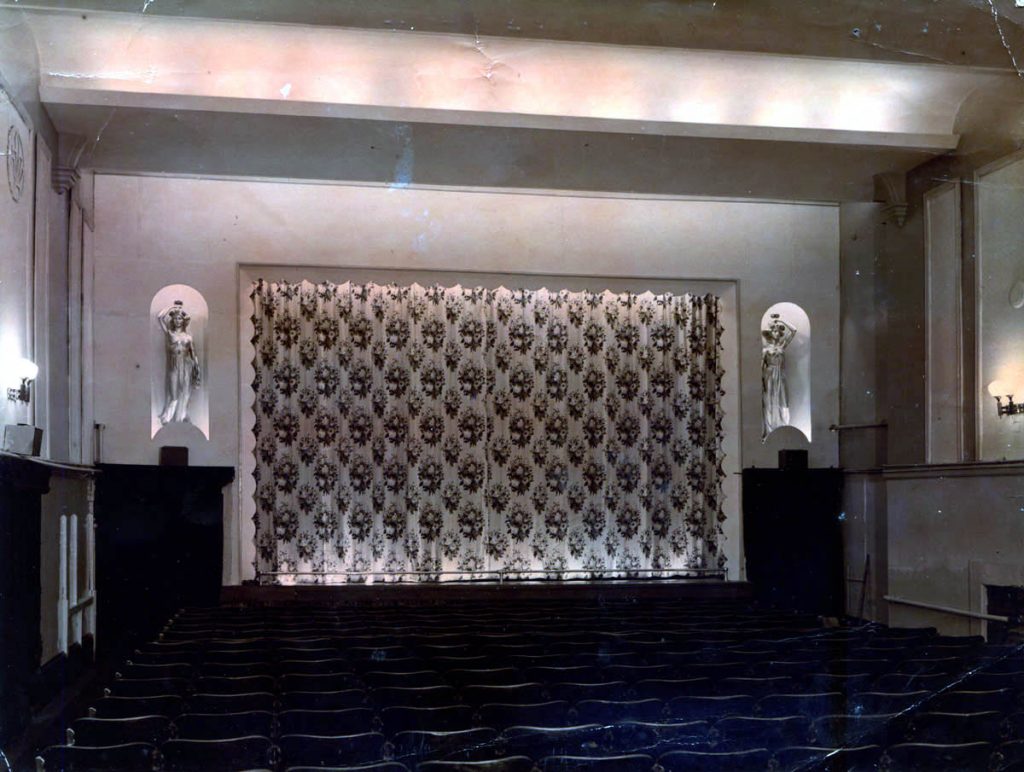 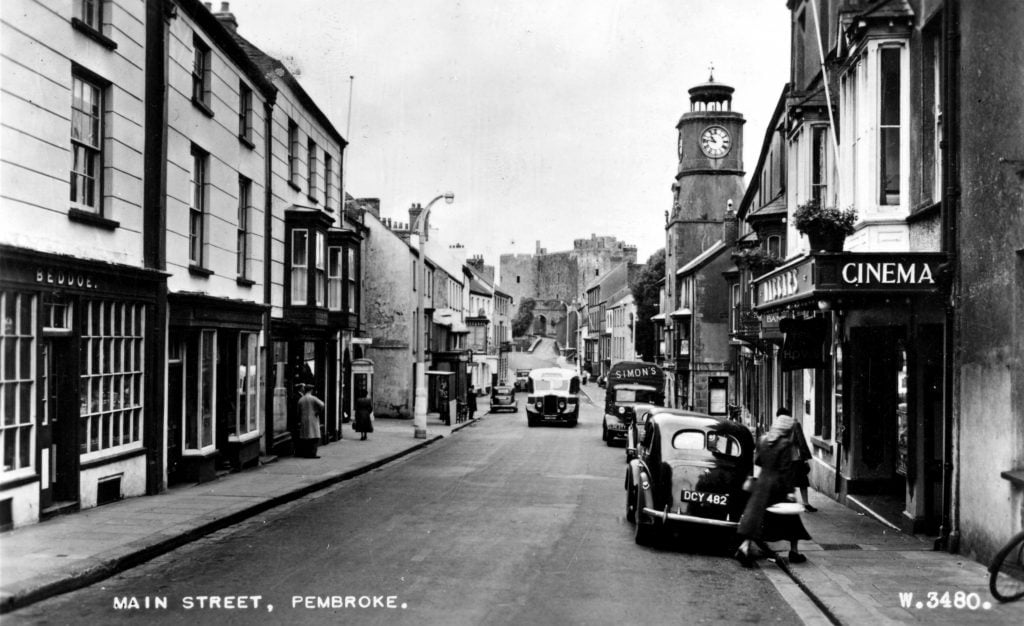 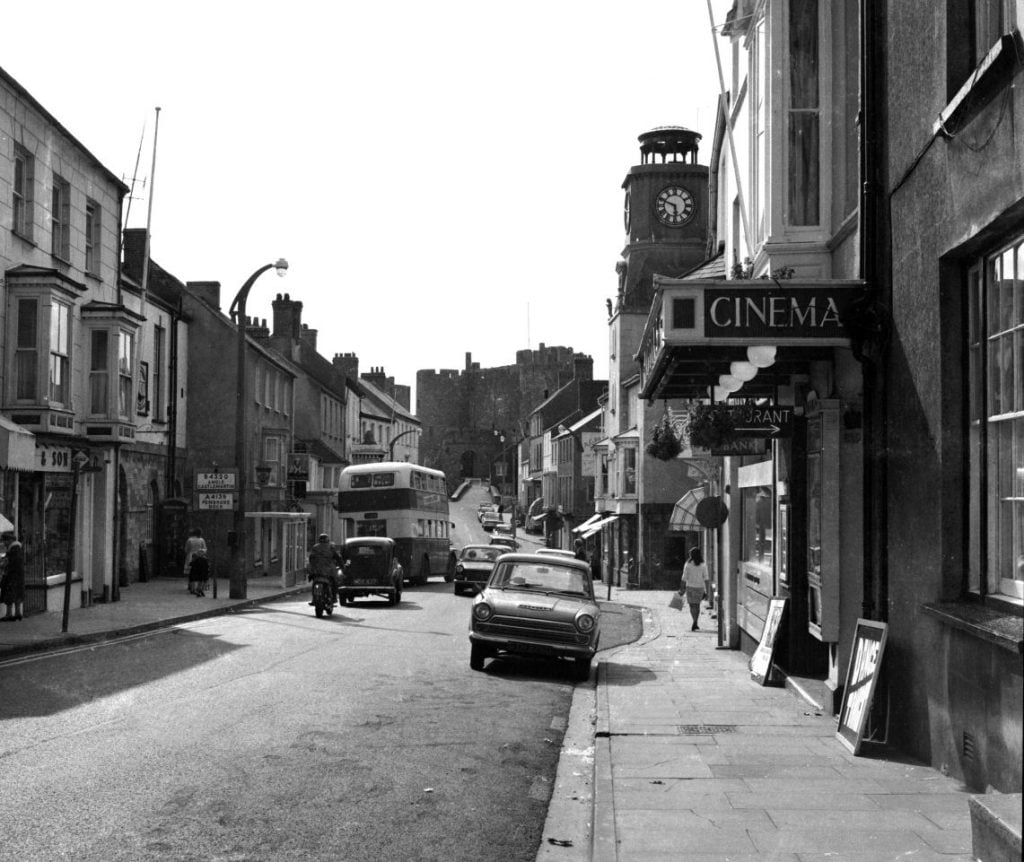 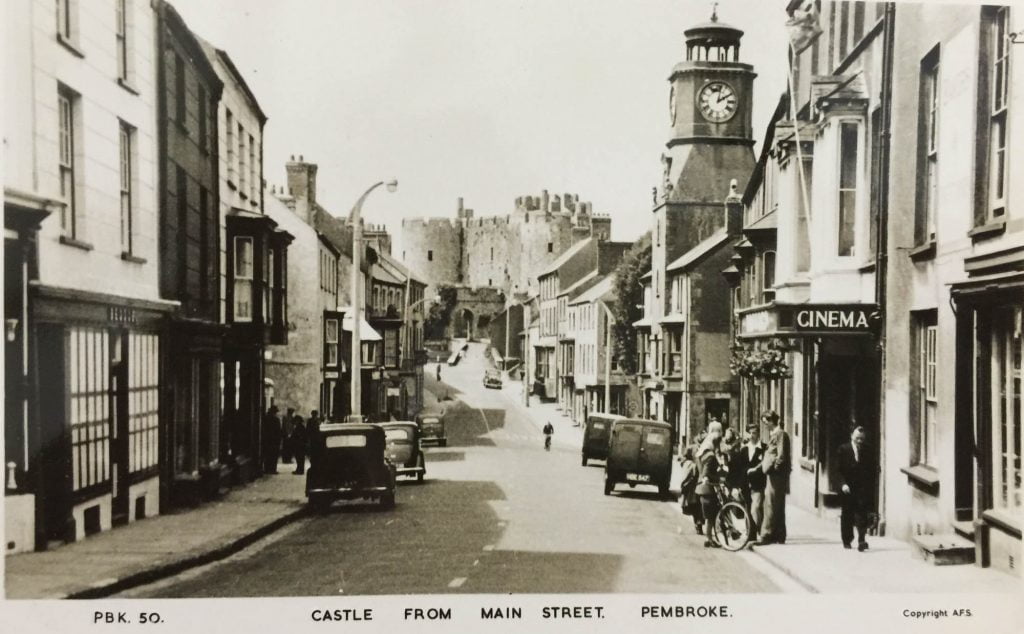 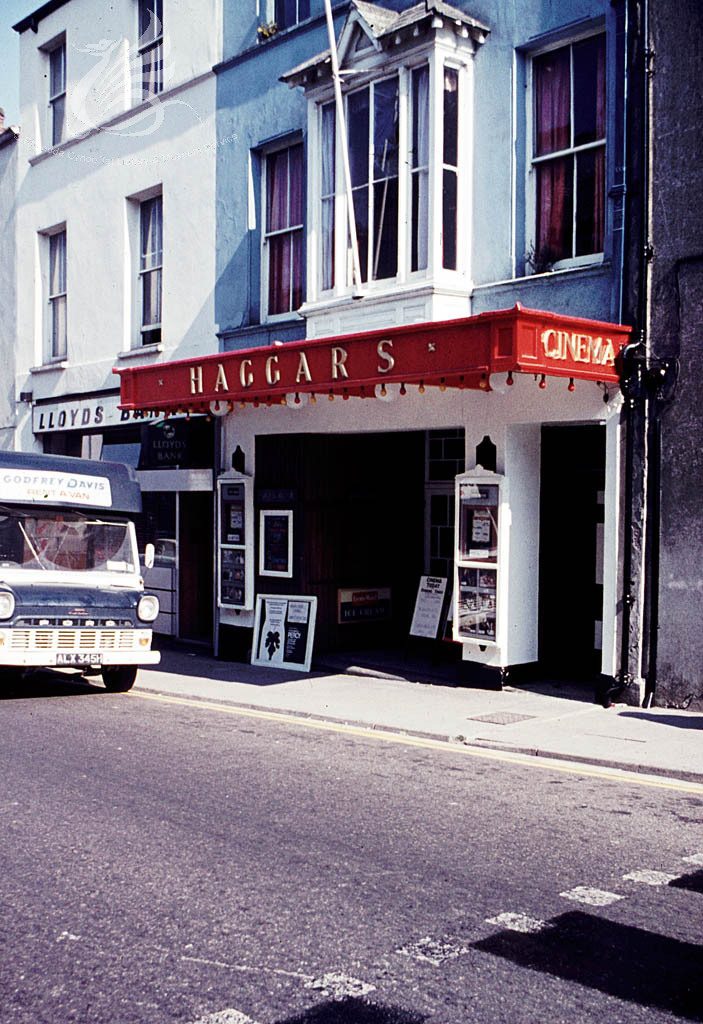